Brandon began spearfishing eight years ago when his love of fishing and the ocean introduced him to the underwater world. Born and raised on the crystal coast of North Carolina, the opportunity of some of the world’s best spearfishing and Freediving creates a dive to excel to more than just a past time.  Brandon has since traveled to spearfish with some of the top names in the sport, helped push the spearing possibilities of his home and guided many to their first dream fish!  Most recently, he has pursued a new challenge of becoming a PFI Instructor to both grow the sport safely and push his own depth limits! 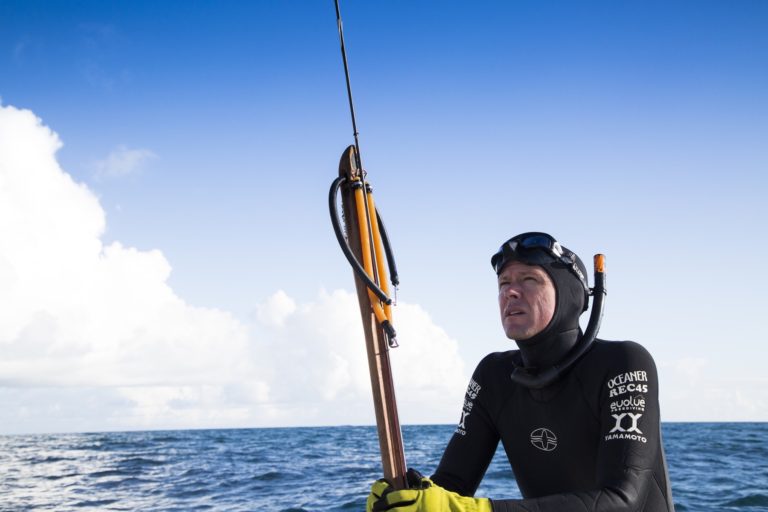 Ren was raised in Wilmington, NC and has taught freediving since 2009. From day one he was immersed in coastal living and was fortunate enough to have been raised with his toes in the marsh and estuaries of the area.  He began freedive spearfishing in 2007 and has since made a name for himself in the spearfishing community as a spearfishing instructor, videographer and underground producer of spearfishing videos with Searen Productions.

Ren is also an experienced safety diver for various international freediving competitions including PFI’s Deja Blue. He has acted as Chief of Safety for Suunto’s Vertical Blue, Caribbean Cup, The Big Blue, Deepsea Challenge and even AIDA Individual World Championships.  Ren also boasts the position as coach to his world record holding wife Ashley Chapman. Together they run Evolve Freediving.